As usual, my summer plans include disappearing on a long hiking/biking trip. But where? It's a big world out there. I've begun compiling a bucket list of adventures to go on: bike touring in Australia, kayaking the Amazon, biking across Africa (I'd eventually like to bike across all six inhabited continents). My idea is to do the most physically demanding ones first, while I'm still young. And whatever I choose, I only get eight weeks to complete it.

For this summer, it seems I've settled on hiking the southern half of the Pacific Crest Trail. Based on the snowfall in the Sierra range this winter, it looks like a good year for the PCT. I've hiked several sections of it before, but I figure it'll be better to start from the beginning and go straight through.

For those not in the know, the Pacific Crest Trail is a 4,280 km hiking trail stretching from Mexico to Canada in the western states. Despite the name, it's never within view of the Pacific Ocean. 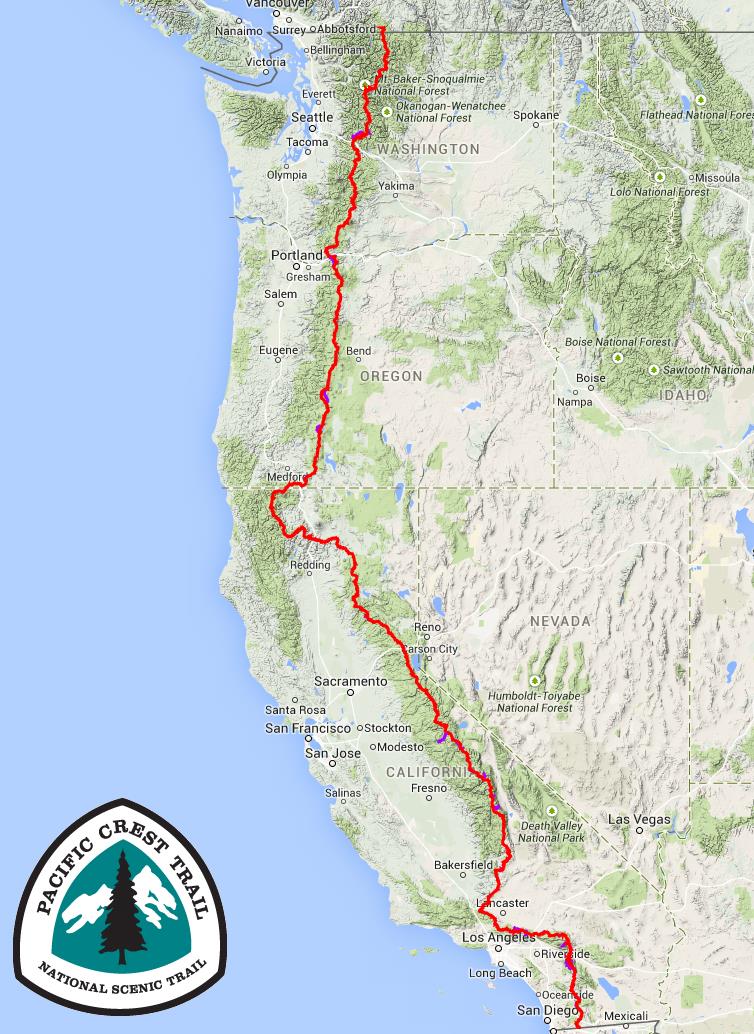 A large portion of the trail is in the Sierra range, topping out at 4,009 m in elevation, higher than all but a handful of peaks in the Rockies (and this isn't even a peak, it's a pass). The PCT is a land of extremes, including burning deserts, frozen peaks, and everything in between. And it's gorgeous. Due to my job, I have to start later than most people would. That means 1,100 km of hiking in the desert in June. Nearly every day I should expect to see temperatures of 38 C or higher, and water supplies can be far apart.

If I'm to complete the trail in two summers, as I hope, that means covering 2,100+ km each summer, or over 250 km/week the entire time. That's do-able, but a swift pace to consistently hold for that period of time. But the PCT is kept in better condition than the AT, so maybe moving fast won't be as taxing.

More details, including a description of my gear, coming soon. Excited to hit the trail in two months' time!