Whether you bring several electronics on your adventure or only a smartphone (we recommend the latter), one thing’s for sure: you’re going to have to find a way to keep it/them charged. Let’s examine a few ways of doing that.

A power bank is essentially a large battery, into which you can plug almost anything and charge it up. These will range in size from pack of gum to large novel, but most will be about the size of a deck of cards. Using them is simple - you plug them into an outlet to charge the bank, and then plug your electronics into the bank to move the charge from the bank to your device. 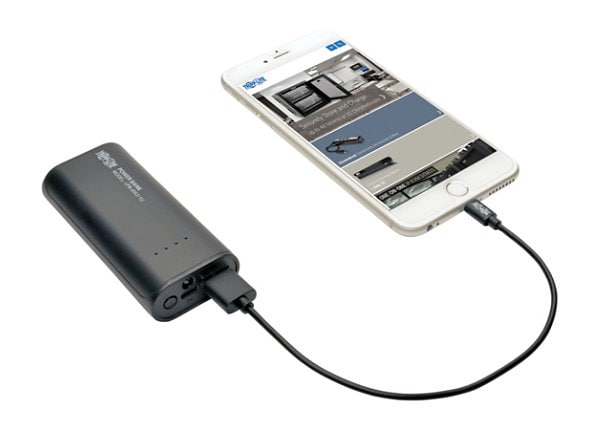 The downside is you need access to an outlet to charge your power bank, meaning you can’t recharge it on the trail. However, by storing a ton of charge, you can go long periods of time between recharges. A typical power bank, the size of a deck of cards, will hold enough charge to fully recharge most smartphones 2-3 times. Depending how much you use your phone, and in what capacity, you could easily go a week or more between recharges, by which time you’ll likely visit town again.

A solar panel is typically used in conjunction with a power bank - instead of charging your devices directly, the idea is to use the solar panel to charge a power bank, into which you’ll plug your devices. This is in part because solar panels generate varying amounts of wattage. Plugging electronics directly into a solar panel might not charge them at all, and at worst, could permanently damage them. 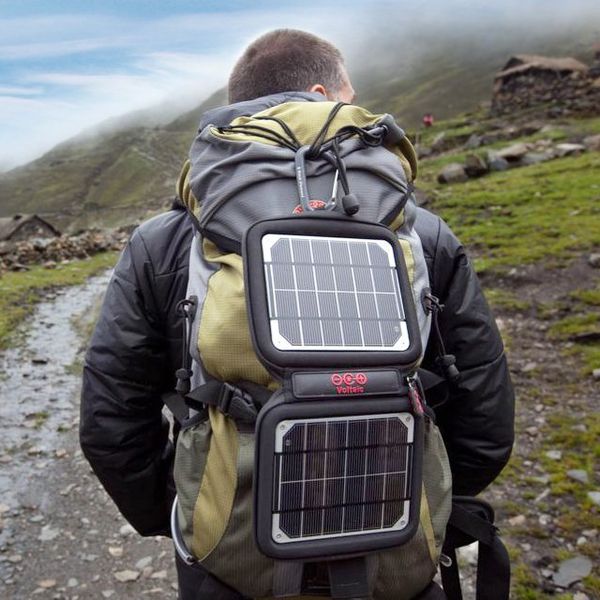 By carrying both a solar panel and a power bank, you’re increasing your pack weight, and it’s also “one more thing”. You’ll need to find a feasible way to attach the panel to the top of your pack. Portable solar panels don’t generate a lot of power, so it’ll take twice as long to receive the same amount of charge as you’d get from an outlet, and that’s on a sunny day. Solar panels don’t generate nearly enough charge on cloudy days, nor in shaded areas (like the Appalachian Trail).

If you’re bike touring, a dynamo hub is an option. In short, your front hub works as a turbine, converting some of your kinetic energy into electricity. Most often, this will be wired to a USB port somewhere on your bike, or directly to your bike’s lights, or possibly both. Chances are you’ll still want to use a power bank in conjunction with a dynamo, especially if you have multiple devices that need to be kept charged. 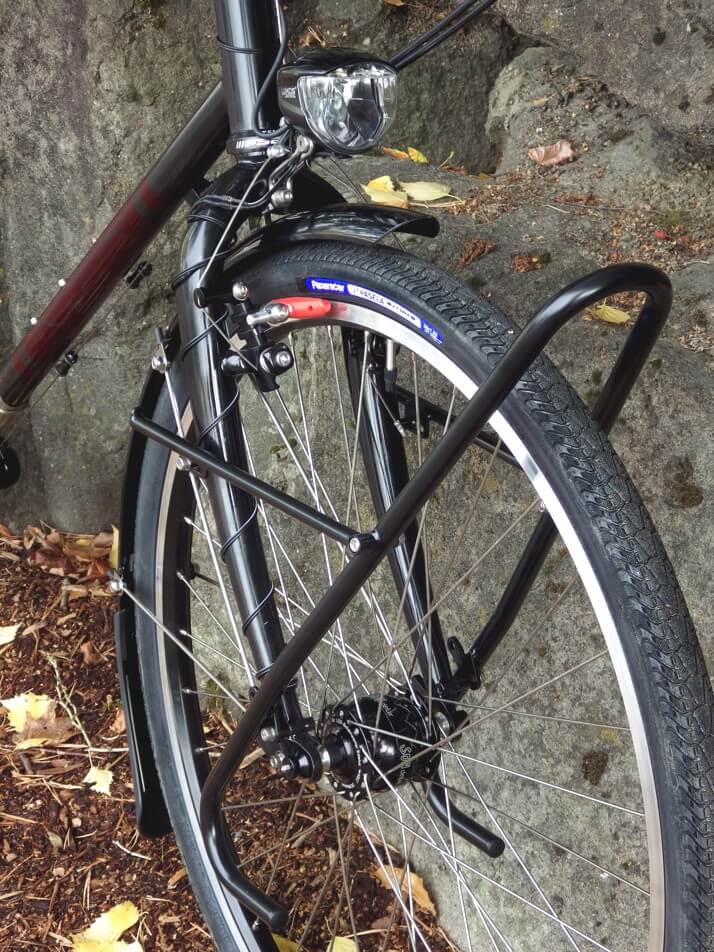 You might recall energy can’t be created out of nothing - it has to come from somewhere. The energy being output from the USB is your energy, meaning the hub is actively slowing you down. This power decrease is only 5-10 Watts, which isn’t enough to make you shift down a gear, but it can still be noticeable. Also, compared to most hubs, a dynamo will still rob you of 1-2 Watts even when you’re not charging anything.

One of the problems with dynamo hubs is they only work when you’re riding fast enough. If your speed drops below ~15 km/h (~10 mph), you won’t be generating enough power, and the current will cut off until you raise your speed. At first, this might not sound like a problem; 15 km/h is typically an easy cruising speed to maintain. However, if your dynamo is directly plugged into a phone, and you’re riding in a hilly area, your phone’s screen will light up every time your speed crosses the threshold in either direction. It’s possible for this phenomenon to drain your battery more than it charges!

In addition, a dynamo recharge system isn’t particularly rugged and reliable. The wires often fray, the connection points corrode, and it might not be a good idea to charge your devices in the rain. When you add up their unreliability, added weight, added pedaling resistance, and high cost, they’re probably not worth it.

That said, there’s a market for it. For example, if you’re racing the Trans-Am or Great Divide routes, you won’t have hours to spend in town recharging your devices. If time is of the essence, a dynamo might be a good option.

Every so often, you’ll see a product on Kickstarter, or something similar, purporting to charge your phone with a propeller or a stress ball or something. A hand crank will charge your phone about as fast as an outlet - roughly 1% per minute - and you’ll work up a sweat in the process. Unless turning your wrist back-and-forth for two hours each day sounds like your idea of a good time, save your money.

All of these setups have their pros and cons, so the "best" setup depends on your needs.

For most people, relying on a power bank alone will be sufficient to your needs, especially if the only device you're carrying is your phone. Again, most power banks can fully recharge a phone 2-3 times, if not more, which means you'll go 7-10 days between recharges if you usually keep your phone in airplane mode. In that amount of time, you'll probably have access to an outlet for at least a few hours.

Use a solar panel if you'll be in a sunny area, with little shade, and you don't plan to be in town for more than 2-3 hours/week.

Use a dynamo hub if you're in some kind of bicycle race and can't afford the time to hold still.