I’m often bad at writing conclusions. As I’ve said before, life doesn’t always have them. Sometimes things simply end and you move on to the next thing.

I flew home from Bangor, ME, where the airport has six gates. My first (of two) flights was to New York, only an hour, and I noticed it cost only $52 to upgrade to first class. I'd never flown first class before! On a whim, I bought it.

As it turns out, first class comes with one free checked bag, which normally costs $50, and that covered BOTH flights, even though I only flew first class on one of them. I put all the heavy stuff in my carry-on, bringing the weight of my bike box down to 48 pounds at check-in, which meant I avoided the overweight fee (50+ lbs).

My entire bike box was treated like a "normal" checked bag, and it was included in the $52 I'd paid for first class. When you take away the $50 it would've cost anyway to check the bike, I essentially paid $2 to upgrade to first class.

First class meant a somewhat wider seat, a beer, and a Clif Bar. That was it. It was worth the $2, but wouldn’t have been worth $52.

Since the first half of this ride took place four years ago, it’s hard to put the ride, as a whole, into a neat perspective. Overall, I preferred the first half, due to more dramatic and varied scenery, as well as more remoteness and better weather. It rains a lot in the eastern half of the country, and as a result, frequently feels cold and miserable, even in summer.

While I’d already spent much more time in the western states, I’d still have to call that part of the ride more memorable. The eastern states were a new experience, but that entire area was...unremarkable. Once you cross the Mississippi, most everything in the midwest and northeast looks the same: mostly-flat farmland, punctuated by small towns, containing little to distinguish them. A lot of chain retail stores and fast food joints. About the only thing that stood out as interesting was Amish country.

Every year, it’s gotten harder to find a place to stay when you roll into town. I don’t know if that’s because the country has become less welcoming and trusting, or perhaps because as I get older, people are less inclined to help me. During my first solo tour, I was only 24 years old, but at the age of 36, it could be that people think I should be able to take care of myself by now and pay for a hotel room like everyone else. On any given night, I could, but that would get expensive by the end of a tour, and staying in hotels every night isn’t usually the idea behind touring anyway.

Thankfully, there are more people on WarmShowers than ever, and since I was in a heavily populated part of the country, I was able to use it more than half the time! Staying in a church used to be my go-to, and staying in campgrounds was the 2nd-most common lodging, but this time around, I slept in two churches and only paid for a campground once.

However, while there are exponentially more people on WarmShowers, they’re much less likely to respond, and when they do, it’s a “no” half the time. On my first tour, I only had four WarmShowers hosts (all in large cities), but everyone I asked said “yes” right away. These days, I’ve taken to asking two hosts at a time, since at least half of them don’t respond at all.

Aside from the one campground I paid for, in an area where that was the only viable option, I paid for lodging only twice, both times by choice, to stay in a hostel. Both times, I was the only one there, which was kind of disappointing.

The best feature of the eastern states, by far, is the abundance of rail-trails. Roughly half this tour was on former railroad lines, converted into long-distance hiking/biking trails. Most of the time, they’re in the shade and fairly well-maintained, though this can vary. Importantly, they’re quiet and safe. Some of the longer ones, like the Ohio-to-Erie Trail or the Katy Trail, allow you to travel hundreds of miles without sharing a roadway with obnoxiously loud vehicles which are large and fast enough to kill you instantly.

This is the way traveling by bike should be, and it’s rare. Enough so people fly across the country to ride on them. Can you imagine if proper roadways were so uncommon you went on vacation only to be able to drive a car?

While I love the rail-trails, it's sad to think there are as many abandoned railroads as there are, and there's so little interest in rail travel that they're being converted into a different type of transportation. We should convert roads into bike paths, and we should revive old railroad lines into modern high-speed rails.

When people find out I ride a bike to get around, whether that’s long-distance or even simply to go to the store, one of the most common reactions you’ll hear is “That’s crazy.” And sadly, it kind of is, but why should it be? Every aspect of our infrastructure nudges you towards using the largest, most inefficient vehicle possible, and choosing something smaller feels like an act of defiance. On this tour, which traversed our entire country, there were at least 10,000 cars for every bike I saw on the road.

Upon returning to Wimberley, the bike rack outside the grocery store had been removed in order to expand the curbside service. In other words, it was made impossible to lock up a bike at the store in order to make it easier to buy groceries without getting out of the car at all. There are hundreds of parking spaces for cars and zero for bikes, even though a bike rack would take up less room than one parking space. The 237th parking space is considered more important than having any bike parking at all.

There’s currently an effort to connect existing rail-trails into a coast-to-coast route called the “Great American Rail-Trail”. Over 50% of the route is already complete, but only 54 miles of trail have been added in the past two years. At that rate, it would take nearly a century to finish, and even the governing body admits completing the route will take “several decades”, meaning it’s unlikely to be completed during my lifetime. By comparison, the first cross-country road trip made by car was completed in 1903, and 117 years later, we're still waiting for a bike path. 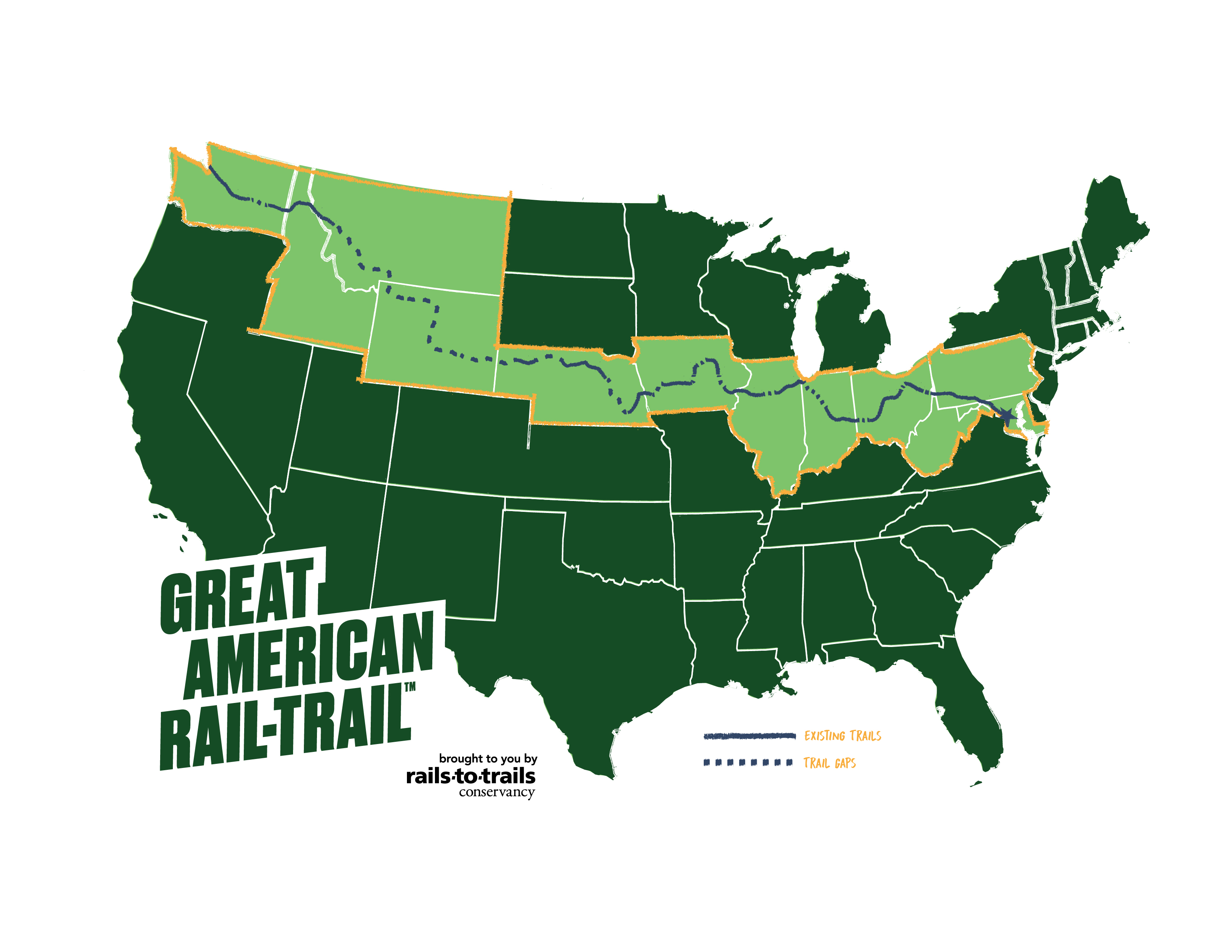 In my neck of the woods, there’s an initiative to build a hiking/biking trail that would connect Austin to San Antonio, at a distance of roughly 250 km. Add in a little bit of road walking and you could hike or bike from the Capitol to the Alamo. If this happens before I retire, I’m taking a day off work simply to be the first person to hike it, and then I’m grabbing a bike and doing it in reverse, to be the first person to bike it. 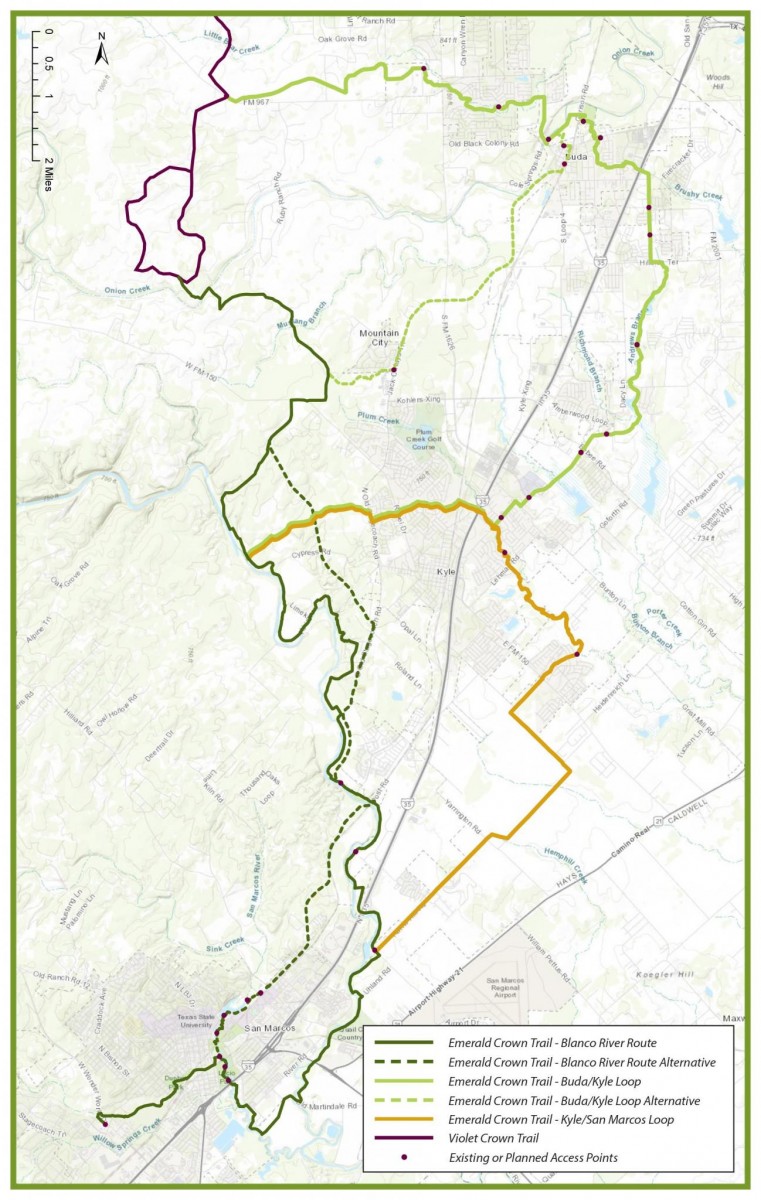 Cars take up a lot of space, they’re bad for the environment, they cause noise pollution, they're a danger to others, and they’re extraordinarily expensive: insurance, fuel, registration, inspection, the vehicle itself, and building and maintaining the necessary infrastructure all cost more for cars than for any other conventional form of transportation. But since cars are considered “normal”, it’s rare that we stop and consider their disadvantages. When you do, it becomes a wonder anyone uses them.

Most of us haven’t realized how much we’ve given up by designing our country with only one mode of transportation in mind. Wouldn’t it be nice if you could walk to the store to pick something up in a matter of minutes instead of relying on a vehicle every time you wanted something?

What's more, our country is now on its third generation in a row that was raised in such a way that to do anything before the age of 16, you rely on an adult to help you. The inability to do almost anything on their own has a deleterious effect on young people's development of independence and initiative. In the classroom, this is quite noticeable: many students have the mindset that if they can't solve a problem instantly, they either won't do it at all or they need to ask an adult for help. And when they go from "Can't buy a pack of gum without someone helping you get to the store" to "You're on your own" in a span of two years, it's no wonder many young people don't know how to handle it.

But it doesn't have to be this way. 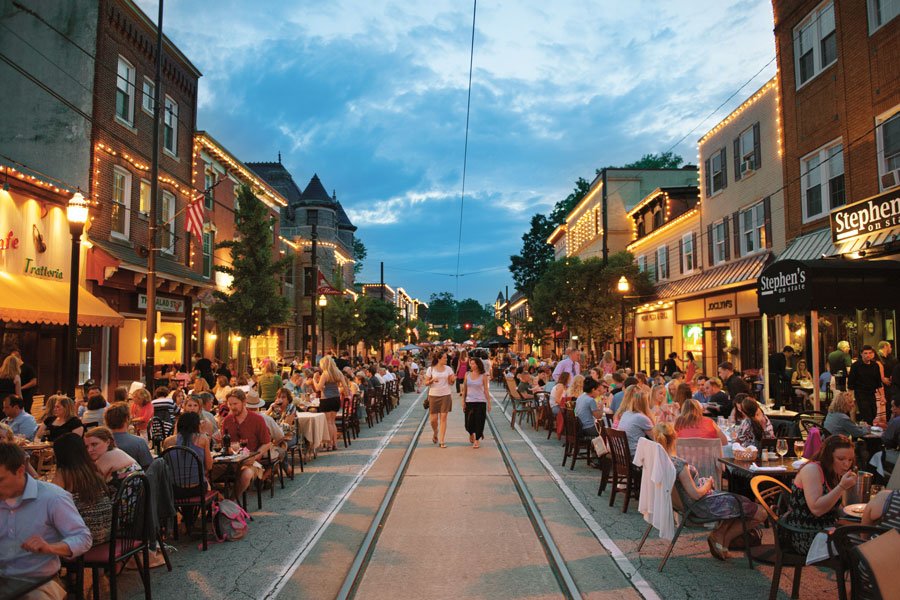 Many Americans romanticize the college experience and love to go on vacations to Europe and Disneyworld. Without realizing it, this may be because these are the only times Americans have experienced walkable neighborhoods with adequate public transportation. We could have that if we wanted to.

So what’s next? At the moment, I’ve taken up running again, and I’ve set my sights on the Texas Trail Championship this Spring. Race series are addicting to me, and I have a real shot at winning. I’ve already registered for the Bandera 100k and the Rocky Raccoon 100-miler, which are in January and February, respectively. I’m also considering attempting a fastest known time (aka a speed record) on the Lone Star Hiking Trail, a 96-mile trail in the Sam Houston National Forest.

Next summer, if all goes well, the plan is to finish the Pacific Crest Trail by hiking the northern half. 1,450 miles down, 1,200 to go. If I keep running through the spring, I should be in great shape before hitting the trail. Looking forward to finishing the hike and disappearing into the woods again.