In the last few weeks before a big race, you’re supposed to taper down your training so you’re fresh and at your best the day of the race. Some people will begin their taper as much as a month before a race. My last extra-long training run would be three weeks before.

Three weeks, to the day, before the race, I drove up to Austin with the intent of logging 50 miles on the famed Town Lake Trail. A wide, well-maintained trail in a picturesque setting, adjacent to downtown Austin and only about a ten minute jog from the University of Texas campus. It’s where I first fell in love with running. Running Town Lake feels like catching up with an old friend. In my days in Austin, the longest possible loop one could run on Town Lake was five miles, but additions to the trail have brought that number up to an impressive ten miles. For some people, that means they can run for almost two hours on the trail without having to backtrack or see the same thing twice. For walkers, perhaps as much as five hours. If you’re not up for a two-hour jog, nor a five-hour walk, there are several bridges along the way, so a looped route of nearly any length is possible. 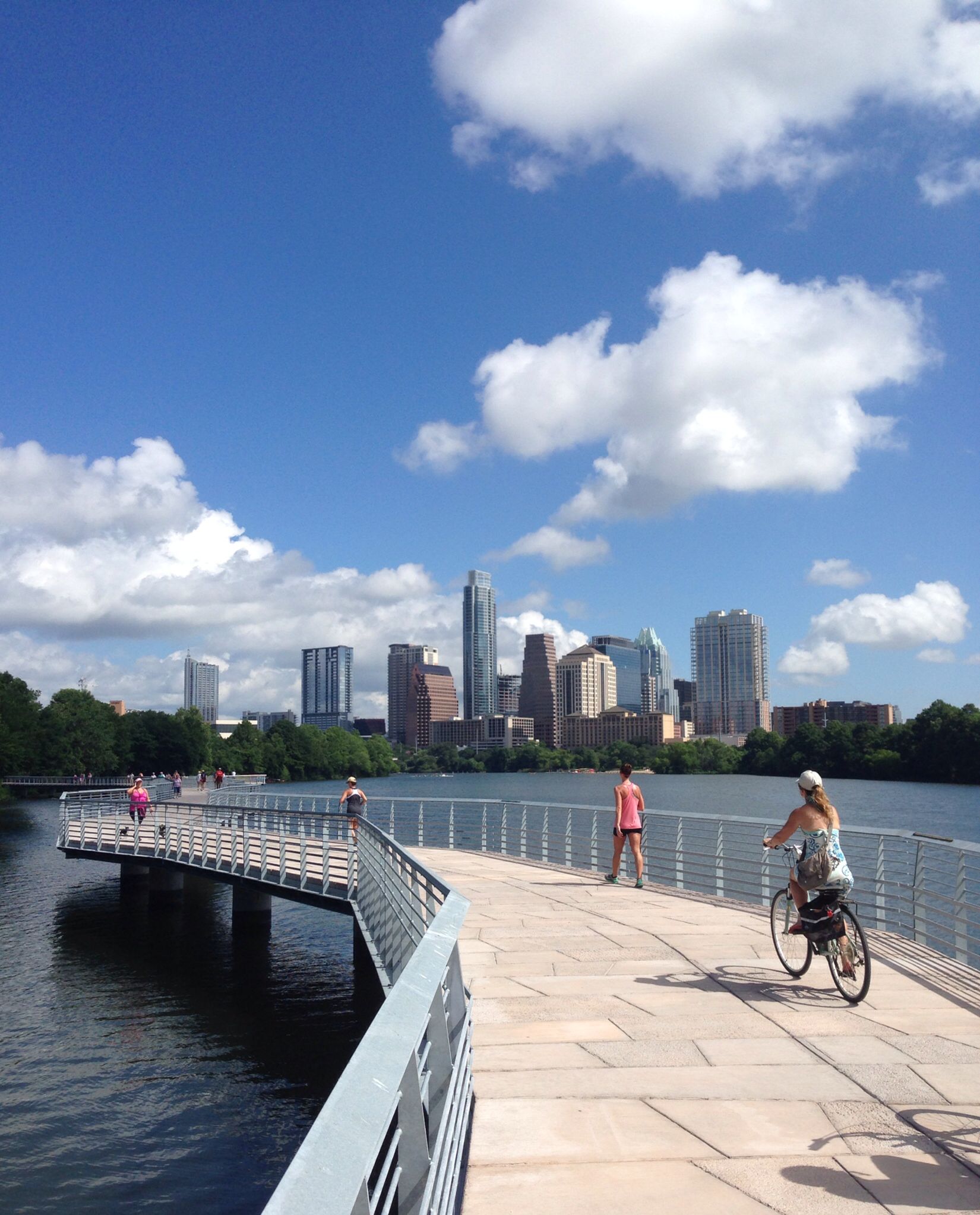 Going 50 miles meant I’d be doing five loops. Starting at 7:00 AM, I had the goal of finishing in seven hours, which meant I’d be out there until 2:00 PM. In Texas, that meant the temperature would reach roughly 30 °C (mid-80s °F), even in October. Thankfully, most of the trail is in the shade, and there are a few drinking fountains along the way.

It was still pleasantly cool when I began running, shortly after sunrise, and stayed that way for essentially the entire first lap. Didn’t bother stopping for water until I’d made it back to the car, where I’d left a bag of food and sport drink in the trunk. The water bottles were still mostly frozen. I drank as much liquid as I could, put down a few spoonfuls of oatmeal, and got back out there.

Since the upcoming race is likely to use the imperial system exclusively, I switched the settings on my watch from metric back to imperial so I could get used to it again. For this run, the average pace I wanted was 8:00/mile. From the get-go, I was running 7:30/mile, significantly faster.
Easy there. You don’t need to go fast. If anything, you need more practice going slow. Don’t push yourself, ever. Simply get the miles in.

As usual, I felt better after 15-20 minutes, and 7:30/mile became laughably easy. Some of my miles were right around 7:00. None of them were even close to 8:00.
Well...alright, as long as you’re not wearing yourself out. Do your thing.

In some ways, forcing yourself to run slower can be more difficult, if you’re not used to it. So I let myself run naturally and focused on feeling loose and effortless, as best I could.

There weren’t too many people on the trail at 7:00 AM, but by the end of the first lap, it had gotten a lot more popular, swarming in some places. I figured the crowds would thin out by 11:00, since a lot of people would leave the trail and catch the Longhorns game. And it would be getting warm by then. No such luck. If anything, the trail kept getting more crowded as the day went on. It never got so crowded it affected my running though, so I suppose I didn’t mind.

One thing I’d forgotten: There are a lot of pretty girls in Austin.

There were a bunch of balloons tied to the statue of Stevie Ray Vaughan as I ran past. One of them said “Happy Birthday!” When I got home later, a quick Google search confirmed it was, in fact, SRV’s birthday. Happy birthday, Stevie!

A funny thing didn’t happen. I didn’t slow down on the second lap. Nor the third. Nor the fourth. 40 miles in, and I was still running most miles in the 7:00-7:30 range, even as it was getting warm outside. I stopped for water more often, and had to stop to take care of business a couple times, which brought my average down. But other than that, I was still running as strong as I had in the first ten miles, even if I was getting slightly sore.
OK, things are going well for now, but you know the crash is coming in the last lap. It’s only a matter of when. I can’t keep running like this. But I’m so far ahead of pace, I could still finish in seven hours even if I have to walk a few miles.

In the last lap, I slowed down, but not by much. Instead of each mile coming in between 7:00 and 7:30, they were mostly coming in about 7:30. I was dealing with a little soreness, but nothing I couldn’t handle. I could keep going like this.

During the last lap, I was leapfrogging a group of 20-somethings on bikes.
“I’m impressed by your pace man!” A few minutes later, another rider added, “I’d die if I tried running like that!” Neither of them had any idea I already had 44 miles under my belt, nor that I’d been out there for over five hours already. I smiled.
I guess things are going well!

By some miracle, I made it through the last lap without slowing down much at all, and when I finished, I wasn’t walking around the parking lot like a Frankenstein monster. Changed into some normal clothes in the trunk, ate a few granola bars, then drove home while listening to the end of the Longhorns game on the radio. They lost in heartbreaking fashion.

According to my watch, I burned 5,758 calories. Eating like a maniac is my favorite part of running.

For the first time, I think I’m ready.