By the time my statistics classes concluded, my achilles tendon had healed, but shortly thereafter, I reached a state of mental burnout. Bad timing, since it was in the last two weeks before being due back on campus. Not sure why it happened; maybe taking a few days off for injury was enough to break some good habits.

After three consecutive days of no running, I got things going again and haven’t missed a day since, nor cut one short. So it would seem things are back on track, both physically and mentally.

Long runs have started getting especially long. Most recently, 58 km long. Eventually, the goal is to get that number to 80.5 km, or half the length of the upcoming Cactus Rose 100-Miler. 58 km is already nearly 1.5 marathons, and to think there are still 22.5 km to go before matching half of the race distance. I have no idea what’s going to happen in the second half of the race.

The Cactus Rose course is four 25 mile (~40 km) loops, and for now, the training goal is to complete my long runs at the same pace I aim to finish the first 40 km (25 mile) loop. On a 58 km training run last week, things were going reasonably well, and I was ahead of pace, with only 7 km to go. That’s when I tried to force my way up Mt. Baldy for the third time on the same run. For reference, the last part of the climb up Baldy consists of a staircase with over 200 steps, and it looks like this: 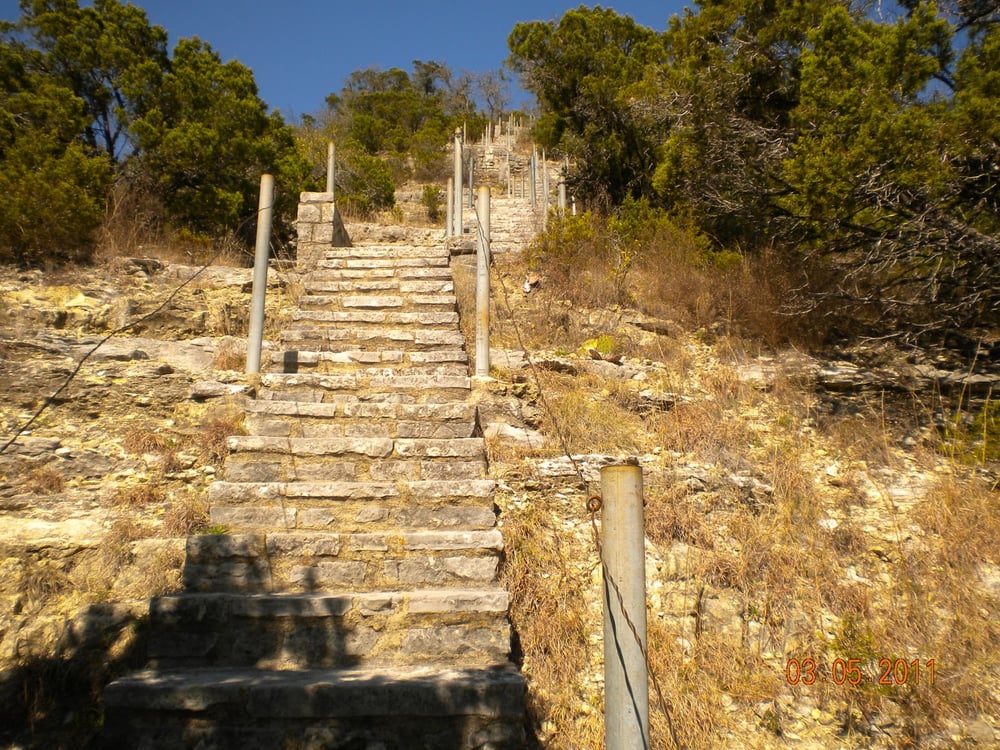 You ever seen Rocky? You know that scene where he’s running up the steps of the art museum, not in the second half of the movie, but towards the beginning? Yeah, that’s about right. Twice earlier, I’d been able to trot my way up, but this time, I had to walk most of the steps. It was essentially like the scenes from Rocky playing out in reverse order.

“This is fine,” I thought. “So you had to walk part of a hill. You’ll be walking lots of hills in the race. You need to get used to it. And there aren’t any more hills like this. All you gotta do is run another 30-40 minutes and finish this thing.”

If it hadn’t already reached about 32 C (~90 F) outside, I might’ve been able to rally, but not today. I barely managed a shuffle afterward, walked on multiple occasions, and stopped for a water break with only 3 km to go.

Even so, the pace was better than the goal for the first 25 miles of the race! Notably, it was on easier terrain, but it was also in hotter weather, and without taking any days of rest beforehand. What does that mean for October? Time will tell.