If you're a millennial, it's the advice we've all heard many times. Starting in first grade, we had it drilled in our heads. "Dream BIG!" and "You're special!", which gave way to "Follow your dreams" and "Find something you're passionate about," which eventually led to "Make yourself stand out" or "Do whatever you're good at," and now it's pretty much "Take an unpaid internship because that's the best you're going to get with no experience, and then when you're finally sick of working for free, we're going to change our mind and say your internship and degree don't count after all. GET A JOB!...but not from me."

While some of us have certainly whined about it, most of us have accepted it. What else can we do? So we go to college like we were told to, take out massive student loans, spend our summers working in offices for $0/hour instead of mowing lawns or studying abroad. When all that's over, we're rewarded with a diploma that's not the magic job ticket we were promised. Many college graduates find themselves in no different standing than they were four years prior, with the notable exception of debt in the tens of thousands.

Personally, I felt misled. Tricked. Deceived. There wasn't necessarily any malicious intent involved; few people gained anything from having us go to college, nor from making empty promises about the job market. It was more a mistake than a bold-faced lie; it's not a lie if you believe it to be true when you say it. It might simply be a sign that times are changing. No longer can you finish high school, get a job, and support a family. College degrees don't make you stand out anymore. And depending where you live, like hell you can afford a house with an above-average income. 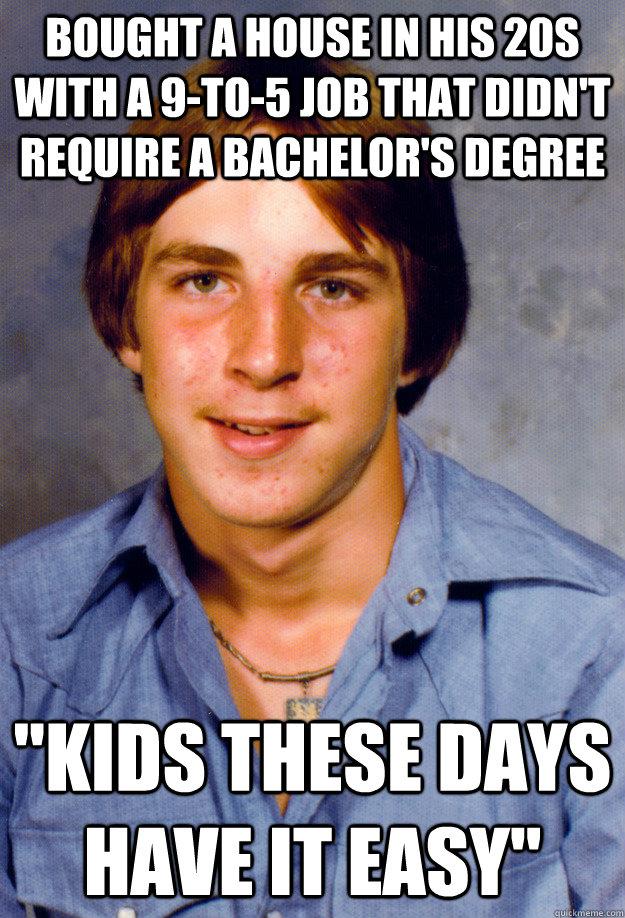 To this point, my journey had involved a bachelor's degree, followed by one year of teaching that paid off all my college debts (I was lucky enough to have parents that covered most of my expenses in college). After deciding teaching wasn't for me, I worked for a year as a webmaster, saved my money, and went to grad school to get a Master's degree in a technical field. After a year of working at Google, I had paid off all my grad school loans (no help from the parents this time), but I was still nowhere near being able to afford a house, and working the numbers, it looked like I probably never would.

It's hard to complain much about my lifestyle. I had a steady job at one of the country's greatest employers. I had a car. My work provided three hot meals a day. I was taking free dancing lessons twice a week, running a race every other weekend, going backpacking or bike touring every holiday. My lights were on, my phone worked, and I had a safe place to sleep every night. Life wasn't bad.

Still, there was a constant stress, one that had been present my whole life, that I had always imagined was going to go away at some point. I'd always thought that you work hard for some sort of payoff, so one day you won't have to. Eventually, I started seeing it like this:

"Work really hard so you can get into a good college."

"Done. That only took 13 years of working 60 hours/week for free to inch my GPA slightly higher.
Now I've made it, right?"

"No. Work really hard so you can get a summer internship."

"Done. Maybe college wasn't as fun as it seems in the movies. But I got a foot in the door at a good company.
Now I've made it, right?"

"No. Well, maybe you'll get a job here after you graduate, but only after you’ve worked really hard. For free."

"FOOLED YOU!!! We only care about paid full-time experience. College degrees and internships don't count. Where did you get the idea they did?"

"...alright, we'll make an exception for a Master's degree."

*long sigh* "Done. I spent months studying for the GRE, applied to college all over again, further delayed my career by spending two more years in school, and went into a five-figure debt for the second time, but I got a Master's in a technical field, three months of paid internship experience, and a 3.9 GPA.
Now I've made it, right?"

"Fiiiiine, you get an entry-level job, but only after applying for at least a dozen different jobs over the course of several months while more bills stack up."

What has all this been for? Is there anything in particular that I'm working towards? What is my ultimate goal? Do I even have one? If not, what's the point?? 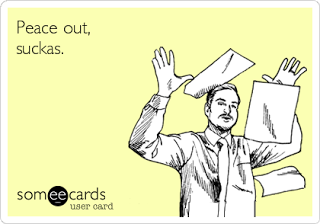 I'm at the point that I'm starting to think the only way to win is not to play. And it's not so much that I want more, or a shortcut, or anything handed to me. It's that I want something else. So I'm going back to a forgotten message: Follow your dreams.

I don't mind work, as long as I'm working towards something I care about. Ideally, you enjoy the work! And when it comes to an undertaking like a long-distance bike tour, there's a lot to get done. Even then, it seems much easier than something like opening a cafe, or creating a successful small business, or perhaps even inventing something. Probably the hardest part is the lack of a blueprint. Few people blaze their own trail, meaning there aren't many examples to follow. If it was as simple as reading a recipe, more people would do it.

When I tell people what I'm doing, I'm not kidding when I say, "Riding the bike will be the easy part." Because it is. Almost everyone can ride a bike, and of those that can't, most could learn how. Physically, what I'm doing is something that anyone could do if they made it a priority. The hard part is everything in between now and when I first start pedaling. The unknown is always the hardest part.

But I'm ready for an adventure.